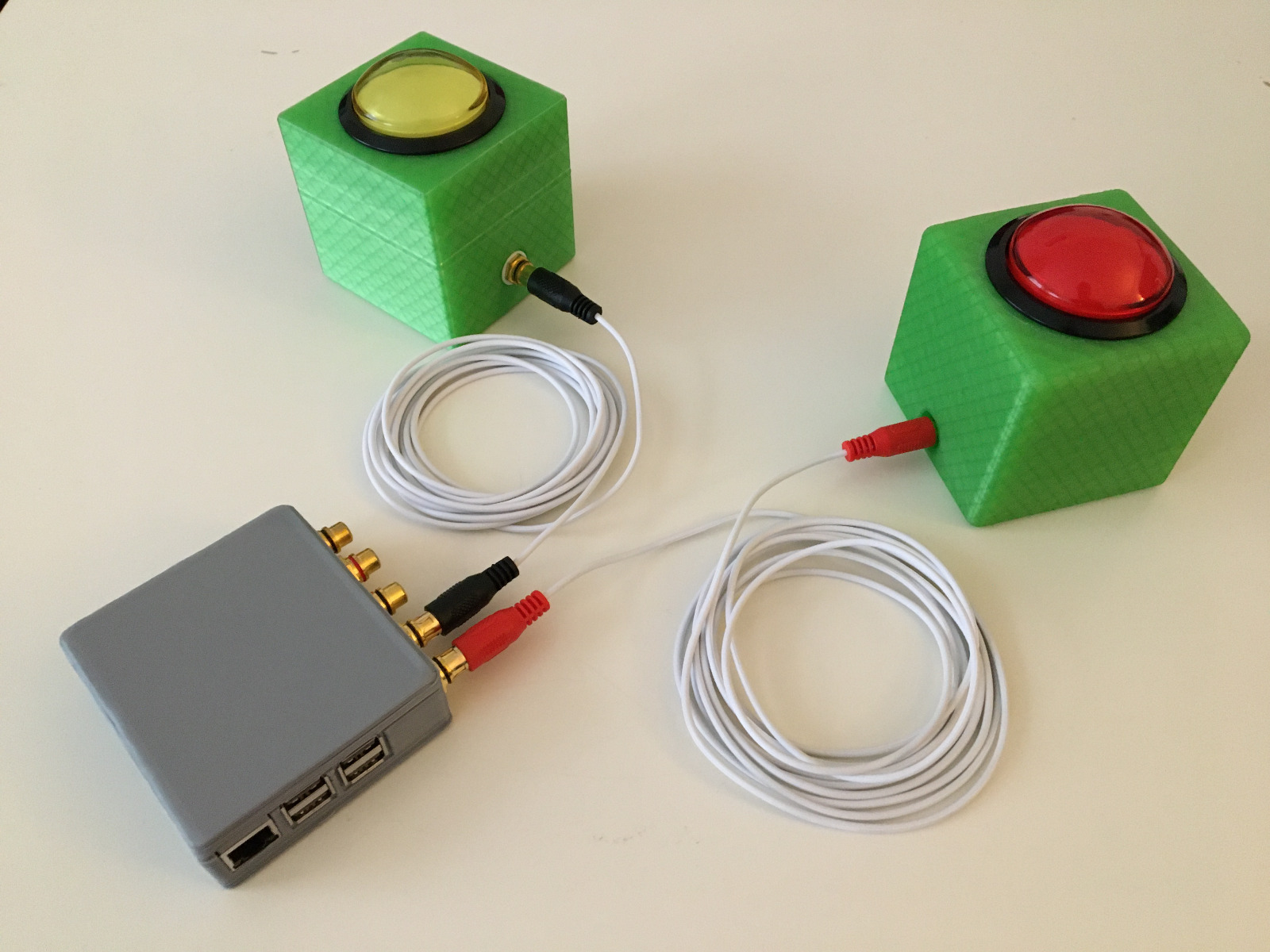 “Jeopardy! is a TV quiz show, in which the correct question for an given ansewr has to be found. In other words the typical scheme of a quiz is inverted: questions and answer are asked and given in reversed order. Usually there are five different categories, each with five different levels. For the easiest answer (for which the corresponding question has to be found) one can win 100 points, for the most difficult one can win 500 points.

Why have we created this?

“Jeopardy on a Raspberry Pi” was created for a scientific project. Its goal is to make current research understandable and attractive to the public. The way Jeopardy makes this possible is, that it can show the results of many fields of research and the task is to find the correct question, that was solved in the corresponding scientific contribution. To present the scientific result, our software makes it possible to make use of different type of media e.g. simple text, images or moving images (aka videos). Since each quiz consists of five different categories one can combine very different types of research (e.g. psychology or physics), what supports a interdisciplinary mindset.

Common terms in this context are “edutainment”, “technotainment” and “gamification”. “Edutainment” mainly connects eduction and entertainment. Its goal is to connect the fun of playing games with learning. (Buckingham and Scanlon, 2000). The term “technotainment” can be understood as the interaction between technology and entertainment, although the technology is only used for assistance and not to directly influence the participants (McKenzie, 2000). The third superordinate term “gamification”, implies that something is connected to the game, such that it earns a direct connection to the context of the game An example for “gamification” is the level concept of the gaming platform steam. The more a person spend playing games on the plotform, the higher the level or rank. So the steam level becomes a part of the game, what binds the customer to the platform. (Sailer et. al., 2013).

Manijeh and Al Baharna (2011) described an experiment, in which they observed that games (e.g. Jeopardy) can be a suitable possibility to repeat specific topics and explain difficult ideas in a playfully way before an exam. Therefore it makes sense to apply the concepts of “edutainment” or “technotainment” and make use of Jeopardy to transfer knowledge to the public.